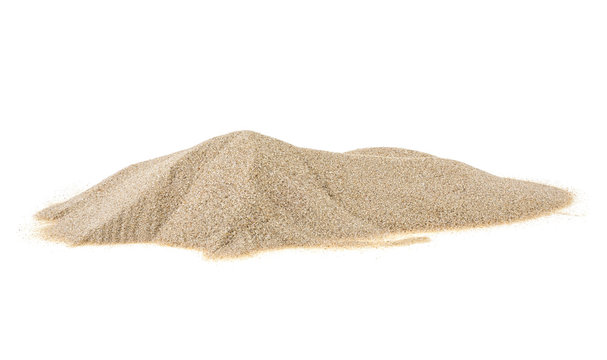 PLAYING IN THE DEEP, DEEP SAND OF SCIENCE AND NON-DUALITY

It’s difficult to describe the experience of SAND US 17 – four days crowded with presentations, and experiential sessions – ending with a human mandala (video) as nearly 1,000 attendees assembled on the lawn and then dispersed, guided by the light of their phones. Synchronicity, the sense that apparently random encounters often lead to deeply meaningful personal experiences, was much discussed and much in evidence.

There were nearly a hundred presentations, including my talk Thinking Beyond the Empirical Frontiers, on the far edges of science, meditation and mysticism. The topics were mind-numbingly broad and many talks were given by top leaders in their respective fields: Deepak Chopra, Joel Primak, Nancy Abrams, Bruce Damer, Stuart Kauffman, Peter Russell, Rupert Spira, JP Sears and many, many others.

Viewpoints were present from across the spectrum of spiritual traditions – Hindu, Buddhist, Christian, Jewish, Muslim, Sikh, Agnostic, Pantheist, Biocentrist and more. You would think this would provide plenty of opportunity for arguments and disputes – but there was not one such confrontation that we could see.

All the attendees seemed to be bound together by a generous sense of good will. In addition, we felt a strong, shared commitment to the joyous celebration of life, humanity, the cosmos, to respectful inquiry into and the mysteries of consciousness and to the building of a better future. A few highlights follow.

The Sand Pile as Metaphor for Transformational Change

The mathematical concept of the complex behavior of a sand pile struck me as an appropriate metaphor for SAND US 17, and I was able to share it at the closing reflection. Technically, this refers to the study of abelian auto-tuning, which seeks to understand the chaotic behavior of certain types of complex dynamic systems. Keep adding grains of sand to the top of a sand pile. Very little happens most of the time, but occasionally there’s a little adjustment, a minor avalanche, in the sand pile. However, a time will come when the pile reaches criticality – and the next single grain of sand causes a massive transformation that disrupts the entire pile. The hope for SAND is that each new member, and each new idea, is like another grain of sand added to the grand sand pile of social thought. At some point, one more grain of sand will lead to a massive transformational shift in our culture.

Closing in On The Origin of Life

Bruce Damer, polymath, computer geek and mystic, discussed fossils recently discovered in Australia that date back almost 3.5 billion years. He and his colleagues also managed to induce self-catalylic polymerization of complex biomolecules in hydrothermal vents, an astonishing result featured on the cover of Scientific American in August 2017. As he described it, the process mimicked conditions that are theorized to have led to the formation of life, including energy input from hydrothermal activity and a cycling of dry and wet conditions. In their experiment they produced thick mats of self-catalyzed complex polymers – precursers to the RNA and DNA molecules on which all terrestrial life depend. The theory is explored in more detail on the website Terrestrial Origins Wiki.

Dr. Mauro Zappaterra introduced me, and many others, to recent medical research on the cerebrospinal fluid (CSF). The human body has a fluid channel containing CSF that extends around the spinal chord and up into and around the brain. The entire nervous system is bathed in CSF. Traditional western medicine thought the CSF acted as a cushion for the nervous system, but Dr. Zappaterrra’s research has confirmed that the CSF is an important communication channel that extends to all hemispheres of the brain. The CSF in the central ventricle of the brain connects the pineal gland, which regulates melatonin and circadian cycles, and the pituitary gland that regulates adreno-corticol function.

In addition, the neuronal cells of the brain in contact with the CSF have been found to be loaded with sensors, with receptivity to light, to vibration, and to biochemical triggers. The indication is that the CSF is an extremely active communication channel, although the functions of this communication have yet to be determined.

Remarkably, Dr. Zappaterra reported that he had been sent a manuscript dealing with the practices of kundalini yoga. In the kundalini tradition, the central ventricles of the brain are referred to as the “crystal palace”, where the yin (pineal) and yang (pituitary) energies are balanced. One ancient kundalini practice, kechari mudra, appears to achieve ecstatic trance by stimulating the nasal passage in closest proximity to the CSF with the tongue! Western medicine has much to learn about the science associated with these and many other ancient practices. 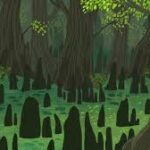 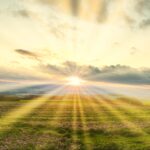 Next Story
WHAT IS GOD? | VIDEO INTERVIEW