A Puzzle of Mathematics

Originally published September 20, 2012, in the Forum on the Integration of Science and Spirituality.

Mario Livio’s book “Is God a Mathematician?” (2009) provides a delightful history of mathematics and its many heroes, but fails to answer the question posed in the title.  Dr. Livio does address directly the slightly different question of whether mathematics is a human creation, or a human discovery.  In other words, is mathematics absolute, and therefore potentially a “creation of God”, or is it invented, a kind of technology resulting from human endeavor.  While mathematics and the physical world are very different things, I think it’s clear they are both a “creation of God.”

As humans, we are provided with many perceptual/intellectual gifts – one is the ability to distinguish one object from another – another is to sense length, breadth and depth (space)– a third is to leap from the things we see to abstract concepts that we can then manipulate as tools to predict what we have not yet perceived.  The mathematics of numbers arises as abstractions from the distinction between objects.  The mathematics of geometry arises from abstractions concerning the behavior of shapes in space.  Remarkably, if we follow certain logical rules (which also seem to be an intellectual gift to the human mind) in manipulating these abstractions, we precisely and correctly determine the behavior of the physical world.

It is not surprising that this ineffable relationship between abstract mathematics and the “real” world, which Dr. Livio refers to “the unreasonable effectiveness of mathematics” (attributed to Eugene Wigner 1902-1995), has given rise to deep philosophical speculations.  Livio gives credit to Plato (ca. 428-347 BC) for the concept that mathematics exists in an independent and ideal world of mathematical forms and perfect truth, a philosophy known as Platonic Idealism.  In the subsequent millennia, mathematicians, philosophers, astronomers, and physicists have wondered about this mystery and many have reached different conclusions.  A number of 20th century mathematicians hold that mathematics is created through the idealizing and abstracting processes practiced by humans and does not exist otherwise (Livio attributes this view to Sir Michael Atiyah and others).  Many, however, including Albert Einstein remain puzzled:  “How is it possible that mathematics, a product of human thought that is independent of experience, fits so excellently the objects of physical reality.” (Cited by Livio on page 1)

As a student I was drawn powerfully to mathematics and its clear exploration of what I felt was absolute truth – an immediate and self-evident truth, quite apart from the physical world with its vague, complex and messy behaviors.  So my first observation in response to the debates explored by Livio is that mathematical truth does not depend on the physical world per se.   Any distinct objects, in any universe (real or imagined), are countable and subject to the laws of arithmetic.  From these laws, through processes of definition and logical steps (in which each statement is a tautology of the former statement), all of mathematics can be “discovered”.  All of those discovered truths are true when proved – significantly they always will be true, and, more importantly, they were always true even before a mathematician proved them.

Admittedly, this is outright Platonism, but it comes very close to the position espoused by renowned physicist and mathematician Roger Penrose (1931-    ), so I am in good company.  Penrose (according to Livio) postulates three different “worlds” – the conscious world (us), the physical world and the mathematical world.  He then offers three mysteries – (1) the physical world seems to obey the laws of the mathematical world; (2) conscious minds have somehow arisen out of the physical world; and (3) these conscious minds are able to discover and reveal the mathematical world.  Livio also quotes Penrose (page 3) as saying, “No doubt there are not really three worlds but one, the true nature of which we do not even glimpse at present.”   I don’t know whether Penrose was intentionally ironic in his statement, but it does resemble a somewhat feeble attempt to explain the mystery of a Divine Trinity.

Livio takes a more nuanced stance in his conclusion – that mathematics is both discovered and created.  While there are fundamental truths that apply to our physical universe, much of what mathematicians do is to create and explore invented conceptualizations that, arguably, would have no being except for the efforts of humans to explore them.

In the end, Livio does not tackle the question posed in his title – “Is God a Mathematician?”  It is, rather, simply used as a rhetorical device (probably picked by the publisher to boost sales).  Notably, it does appear that many of his modern counterparts hold fast to non-deistic explanations and, indeed, some are directly hostile to the concept of God as accepted by most major religions.  After all, God is not a particularly “testable” phenomenon and as Livio notes (page 252) “scientists have selected what problems to work on based on those problems being amenable to a mathematical treatment.”

The other difficulty with Livio’s title is that it poses the question in a somewhat anthropocentric way by implying that God’s thinking process is like ours.  In fact, if you believe that God is the creator of the universe including the laws of mathematics, that his relationship to mathematics is quite different from ours.  We discover mathematics – God created mathematics.

The bottom line, as unsatisfying as it may be, is that if you believe in a God as infinite creator of the universe, then it is easy to accept the notion that He created mathematics, and the puzzles of Penrose are easily resolved.  If you do not believe in God, then you will continue to conclude, as he does, that the physical world, the conscious world and the mathematical world have a “true nature of which we do not even glimpse at present.” 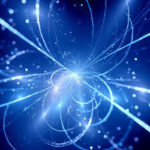 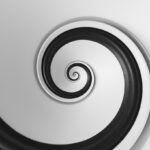 Next Story
A Puzzle of Complexity