Philosophical Speculations on the Meaning of Spirals

Originally published May 29, 2017, in the Forum on the Integration of Science and Spirituality.

According to Emmanuel Swedenborg, the form of a spiral lies at the heart of the created world.    While this idea faded into obscurity as the mechanistic worldview of Newtonian physics came to dominate our sensibilities, it is finding resurgence in the science and mathematics of complexity.

Swedenborg’s cosmology was laid out in detail in his defining treatise in natural philosophy, The Principia, First Principals of Natural Things (1734, tr. Clissold, 1846).  The Principia is one of Swedenborg’s most important scientific works and predates his spiritual experiences and theological writings. It is not an easy book.  For one thing, the language and context is dated to the early 18th century, well before much of modern mathematics and experimental science had been developed.  In addition, the work is unique and conceptually dense.  A complete understanding would require a deep immersion in the minutiae of his arguments and examples, something few have attempted.  The best modern attempt is found in The Listening Threads, by Rev. Norman Newton (2000). [Note: subsequent to publication, Ian Thompson has emerged as a leading physicist basing his work on the writings of Emmanuel Swedenborg.]

Everything starts for Swedenborg with the First Finite, a dimensionless point that embodies both “passive” and “active” attributes.  It is active in the sense of a propensity for perfect movement (circular), and passive in the sense of restriction or confinement.  Borrowing from ideas in fluid dynamics, the movement observed is thus circular, but with a boundary subject to constraint or friction — and the pathway is that of a spiral.  From these “gyres” or “vortices” all phenomena in the created natural world arise.

“the essence of the point consists in motion… it’s motion is most perfect in its nature…   it must necessarily resemble a circular figure…  the motion above described must be the perpetually circular… must proceed from the centre to the periphery, and from the periphery to the center… it must necessarily be of a spiral figure…”    Principia Part I, Ch. 2, Sec. 20 and 21)

Rev. Newton represented the concept as spiral figures – as these indicate the motion can be seen as perpetually spiraling inward, and simultaneously perpetually spiraling outward.  But he adds the cautionary note, “these are proto-spirals, existing only in conceptual forms.  WE cannot speak of geometrical or mechanical spiral form in non-time and non-space.” (Newton p 88.)

The mathematics and observational science of spirals are now far better known than they were in Swedenborg’s time.  Some of the modern concepts are highlighted in How Can There Be Order in Randomness?   Remarkably, spirals are prevalent throughout the created universe in forms as diverse as wave propagation, galaxy formation, meteorology and fluid mechanics, and the growth of living things.

Spirals also have remarkable mathematical properties, linking together the seemingly diverse concepts of the Fibonacci Sequence, the Golden Ratio, and the number phi (φ). I offer a more detailed overview of these feature in the “The Spiritual Significance of the Number Phi (φ)”  (See: Essays)

I provide some examples of spirals in nature and in art in the article What’s the Big Deal About Spirals?

These fascinating mathematical features and the ubiquitous appearance of spirals in nature raise another interesting question.  According to Emanuel Swedenborg’s later spiritual writings, numbers correspond to spiritual concepts in profound ways.  So, what is the spiritual significance of spirals?  For some speculations on that question, I refer readers to the article I wrote in The New Philosophy, the journal of the Swedenborg Scientific Association in 2000, “The Spiritual Significance of the Number Phi (φ)”  (See: Essays) 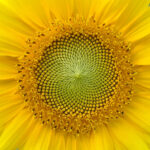 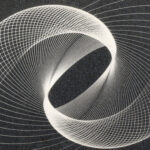 Next Story
WHAT’S THE BIG DEAL ABOUT SPIRALS?