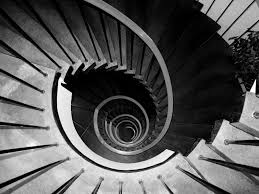 A SPIRAL THREAD ON RATIONALITY – WHY NASSIM TALEB IS WRONG

I’ve read and written a bit on human rationality. Ironically, it’s a rather slippery topic, and has confounded philosophers for thousands of years. The Greeks did not help: “rationality”, “reason”, and “logic” all derive from the Greek word “logos” which could mean various things: “grounds, plea, opinion, expectation, word, speech, account or reason.” This puts one is at risk of spinning around in an endless loop — and some philosophers across the millennia seem to have done just that.

A Limiting View on Being Rational

So I read with interest a recent post from Nassim Taleb, How to be Rational about Rationality, based on a chapter of his forthcoming book, Skin in the Game: The Thrills and Logic of Risk Taking. He argues that the human mind is so complex that we can never really judge an opinion or a belief with an objective standard of rationality. In fact, he suggests, most of what we proffer as rational argument falls into the category of “revealed preference” – we have already made a choice and are just revealing to the world and to ourselves what it the choice is by arguing for it.

Rather, he makes this bold claim: “The only definition of rationality that I found that is practically, empirically, and mathematically rigorous is that of survival.” In this light, most religious beliefs, and even many superstitions, have been and are rational, as they have contributed to human survival. According to Nassim, such beliefs (even some that are verifiably false) have played a key role in helping humanity deal with long-tailed risks.

Long tails in this case refers to low probability events that can have profound consequences – things like earthquakes, volcanic eruptions, droughts, floods, invasions or epidemics. For tribes, clans or nations that may face such an event only once in several generations, their survival depends on collective behaviors that may seem silly or wasteful in the short run, but will allow the group to survive. The group needs an overarching mythology or ritualized behavior to carry the practice across the generations.

“It is therefore my opinion that religion is here to enforce tail risk management across generations, as its binary and unconditional rules are easy to teach and enforce. We have survived in spite of tail risks; our survival cannot be that random… Rationality is risk management, period.”

Rationality as the Tool of Wisdom

The idea that rationality is only risk managment for humans, measured by survival is an interesting one, and consistent with the grand process of biological and human evolution. That which has led to human development and survival is de facto rational. But equating rationality with survival merely creates a tautology, and breezily waves away two thousand years of deep philosophizing in the process.

I’m also pleased to see that, once again, an important agnostic thinker is defending the positive contribution of religion to human success. However, if the benefit of religion is limited to its instrumental value to the human species, then it has very little to offer an individual seeking enlightenment or comprehensive understanding. It may seem like a good argument against scientism, the dogma that science and only science knows all, but valuing religion solely for its material benefits undermines the very meaning of religion.  Religion is set of practices and beliefs, based on faith, that are intrinsically meaningful to its practitioners.  If a religion has no intrinsic value, it is not worth believing in.

On both counts, Taleb is mistaken. He can be impatient, as anyone who has read his books can attest. It seems his impatience and frustration with arguments about rationality has led him to throw the idea into a convenient closed box. Similarly, casting religion as a cultural artifact essential to human survival, but without intrinsic meaning, is just a new variant on Gould’s “non-overlapping magisteria” (NOMA) – an attempt to separate religion and science and send the disputants into non-intersecting corners, where the religion can then be conveniently ignored.

I do admire his brilliant mind and fluency with the issues of risk and complexity, but he is missing a larger point. Rationality is a tool not just for human survival, but also for human thriving and fulfillment. It is the tool of philosophy, broadly defined. As we note on the Spiral Inquiry ABOUT page, philosophy is “the use of human reason to increase wisdom, the goal of which is to live a life that is right and good.”

To survive is a goal, yes. But, more importantly the goal is to live with a faith that guides us to what is right and good. Critically, in any rational faith, an individual life that is right and good also contributes to the collective life of humanity and to the broader world.  After all, if that world and the humanity that inhabits it did not exist, then neither would we.  Such a life is also meaningful – it is intrinsically worthwhile.

Wisdom plays the essential role in balancing empirical information and the intuitive motivations of faith. Empirical knowledge (science) needs to be guided by actionable beliefs (faith). Both need to be tested by experience (do they work?) and by reason (are they consistent?).  As we learn to practice these skills, we learn to be rational and we become wise.  We learn, we thrive, and, possibly, we find fulfillment.

For a review of Gould’s NOMA concept, see: Minding The Gaps.

For other Spiral Inquiry posts on reason and rationality, see: Reason.

For a longer essay on how humanity should steer the future (rationally, of course), see The Tip of The Spear. 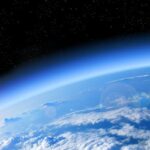 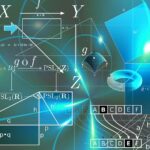 Next Story
WHAT IS MEANT TO BE? – MY PERSONAL JOURNEY (EPISODE 6)