FIELD REPORT – CLIMATE CHANGE AT THE INTERSECTION OF SCIENCE AND RELIGION

The good news from the IRAS 2017 conference on the Wicked Problem of Climate Change is that HOPE is stronger than DESPAIR. The bad news is that scientific observations indicate that the reality of climate change has taken a turn for the worse — even as the debates about climate science have morphed into entrenched political cynicism.

A number of presentations explored the levels of increasing atmospheric carbon and and global temperatures, as well as specific ways the climate is changing in response.  For example, codfish have largely vanished from New England waters, as a consequence of both over-fishing and warming waters, but the cod stocks in the northern Atlantic have exploded. According to Barry Costa-Pierce, oceanographer and an expert on ocean ecosystems, ocean foods should remain an excellent source of high quality protein and nutrition for the world’s population, particularly if aquaculture, permaculture (including co-cultivation of fish and plant foods) and wild-caught fisheries practices continue to improve. But the ocean landscape will continue to change rapidly. The cod have moved further north, but the seals and great white sharks have moved up the New England coast.

Robert Pickard, Senior Scientists at Woodshole Oceonographic Institute, elaborated on rapid changes in the Arctic ecosystem. What had been an impassable barrier is now opening for trade – and the currents, deep ocean chemistry and phytoplankton populations in the Arctic are changing rapidly. A 2 -10 meter sea-level rise worldwide seems to be just around the corner, with profound consequences for coastal ecosystems and human communities around the Globe.

In the past few decades, we have learned a lot about both ocean and terrestrial carbon flows and pools and the multiple intersecting feedback loops by which they interact. The conclusions are more stark, and more frightening, than ever. Fossil fuel combustion continues to cause a rapid increase in atmospheric carbon. This is forcing rapid changes in meteorological, hydrological and biological systems — the consequences are increasingly extreme and unpredictable.

There is no clear consensus in religion about how to respond to climate change, but there is a growing sense of despair. Most presenters spoke to their desire that we change our worldview and personal behaviors, now predominately driven by resource consumption and exploitation in the limitless pursuit of growth and technology. The favored goal was a human-centered and spiritual worldview based on the interconnection of humans and nature and our deep relationship with the natural world and creation. Matthew Fox, a well-known author and teacher, argued for a deep and universal Creation Spirituality, one that reveres both the science of nature as well as our personal and mystical experiences.

Arguably, the prospects of transforming the dominant paradigms of consumption and conquest seems an impossible task. Yet religious presenters consistently spoke of the redemptive power of hope even in the face of, or as an accompaniment to, despair. We can hope that spiritual growth and transformation can build a movement able to address the problem of climate change and we can choose to live our lives as examples of that hope.

IRAS has a long tradition of sharing viewpoints on the controversies between science and religion. In the case of climate change, the controversies are intensely political in nature, and communication across the divide on climate change seems increasingly more difficult, drifting deeply into cynicism, denial, and despair. This divide seems impervious to arguments from either science or religion.

The future or our world may well depend on such cross-divide communications, and on building a transcending consensus that we have to work together. If not, it is safe to say that world itself will have the last word.

The Guardian Newspaper – on the dangers of skepticism.

New York Magazine – on the reticence of scientists to discuss the impending disasters. 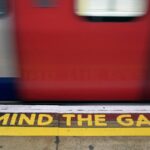 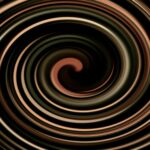 Next Story
PEELING BACK THE LAYERS – MY PERSONAL JOURNEY (EPISODE 4)