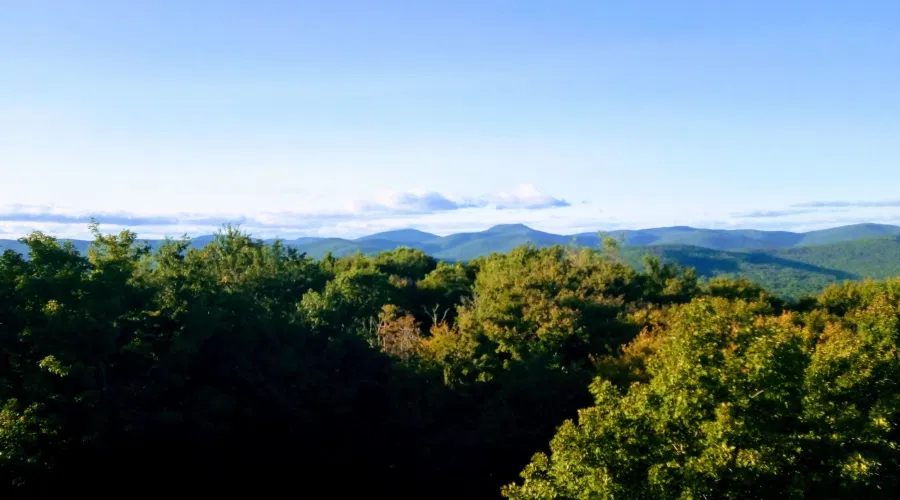 Man’s best friend can be a source of inspiration and wisdom in teaching us the meaning of life. While the events are 30 years in the past the lessons are fresh.

The Importance of Relationships

We are bound together with all the things in our particular corner of space and time – bound through perception and common experience, in a complex of evolving relationships.  It is these binding relationships which shape our understanding and determine our personal sense of place within the universe.

Such a simple epistemological principle this is, and yet the concept has tantalized and frustrated some of the greatest writers and philosophers, who have struggled to explain and illuminate the connections each of us has with the “outer” world.  For me, this concept became clearer with the help of a dog’s tail.

April 20, 1990.  Samantha had been with us, and had enriched our lives, for nine years.  Now it was time to let her go.  The cancer had been firmly diagnosed and was growing.  Her hind leg, broken in the hip socket nearly two months before, had failed to heal, and now hung limp and swollen.  She was uncomfortable but uncomplaining.  We had spent many hours with Sammy in the past week, hoping for signs of improvement, trying to make her comfortable, trying to ease our own guilt for the days and years taken for granted, and for our failure to make her better.  The boys, only 7 and 4 years old, knew Sammy was very sick, and that she would die, but in their youthful innocence were able to enjoy the passing moments with normal exuberance, not dwelling as the adults were on the fear of loss or the anxiety of the unknown.

It had been a clear decision, but a hard one.  It was harder to live it through.  The day was gray and drizzly, but Sammy was in good spirits, probably because of the extra care and attention she was receiving, as well as the painkiller.  Much time that day was spent petting, and reminiscing.

Sammy had been an exuberant puppy.  Half white shepherd and half chocolate lab, she had turned out black with a brownish cast, and she had small white markings on her chest, chin, tail and paws.  Her most unusual marking was on her tail – the very tip of her tail looked like it had been dipped in white paint.  She had the very high intelligence of a shepherd but was more gregarious and inquisitive than most shepherds I had met. These latter traits, and her generally positive disposition, made her seem more like a full lab, for which she was often mistaken.  On another level, though, Sammy was quite unique – she had more energy and a greater enthusiasm for life than any dog I have known.

As a puppy, Sammy had been so lively that she had practically driven us crazy.  Her first night at home, we put her bed downstairs, but she had cried so piteously we finally had to bring her up in a box next to our bed.  My hand spent many hours in that box that night, and on several other nights, calming, playing with and comforting the lonely little puppy until she went to sleep.  I am convinced that in those hours Sammy bonded permanently to the smell of my hands, as she always favored my touch.  My hands also bonded with Sammy, and although I sometimes forgot the importance of my relationship with her, my hands never did.

We got a second puppy, a black lab named Kizzy, a few months later, in self-defense.  The entertainment of her new playmate reduced Sammy’s need for attention from us, but she continued to chew and play with every object in sight.  With Sammy’s excitement and energy as stimulus, it had been easy and quick to develop a routine of daily walks. The three of us, and sometimes four or more if others joined us, would wander over fields, through woods, exploring and enjoying the rural New Hampshire countryside together.

We lived in Epsom at the time, an old New Hampshire town.  Our house was an old farmhouse, and the dirt road was very old, the farm next door having been the site of the McClary homestead, first in the area.  We were surrounded by farms, fields and woods, and the few houses nearby had the character and charm of colonial New Hampshire.  Between our house and the McClary place lay a field, perhaps the oldest in town.  It was known as the “old muster field”, the location where Colonel McClary had presumably rallied the militia before marching off to the revolution.  The field had a fine view, being at the height of the land, and was almost always included at the beginning or ending to our walks.

Walking in a place of such natural beauty and historical context was a great joy.  We spent many hours wandering through the field, watching it change through the seasons.  In the late summer and fall, the field had a ragged appearance, and gently waving fronds of Queen Anne’s lace gave a feeling of frailty to the landscape, a feeling reinforced by the knowledge that winter would soon push life to the subliminal level and cover the field in sterile, beautiful white.  In the Spring, life would return with incredible vigor, and by early summer, before and during the haying time, I would have to dose myself with antihistamines before venturing forth.  I remember with special fondness times when the hay was high – Sammy would disappear within a few feet, her trail marked by the passage of a disembodied white flag, the very tip of a white-tipped tail.

The dogs grew older, and our lives changed.  We became upset by events in our pleasant little corner of the world.  The farm abutting us to the East was split up and four new houses were built within a quarter mile.  Even worse, the old muster field was sold off in two pieces.  Houses were inevitable.  Other, more personal changes were taking place, too, as career, family, long term goals and the pressure of aging seemed to quicken the speed of life.

We ended up moving to a larger home, a fine old colonial, on an old farm in Gilmanton, New Hampshire.  The home and the location were a once-in-a-lifetime find but required a lot of work.  The move and the restoration were not easy.  The dogs seemed quite happy with the new location, but we had little time for them.

As I look back over these years, I have few regrets, but one which has come to disturb me is that I allowed the dogs to become mere fixtures in a life marked by the challenges of family, home and career.  Sammy had been displaced from a central place in my life and no longer played an important part in my routine.  The daily walks were now chores, the longer week-end walks more directed – where to clear trail, what trees to cut, where the stone walls could use fixing.  Recreation was now something we did with the kids away from home, where the dogs were not welcome.  My life appeared richer for all the challenges surmounted, but was clearly poorer for the loss of value in my relationship with Sammy.

My last walk with Sammy was only a few hundred yards, up and around the drive, but she did well for the most part, hopping three-legged into and through the low brush, nosing about with a bit of her old spark.  She found evidence of some dead, smelly carcass, probably a rodent, and, in accordance with usual practice, flopped over to roll in it.  Sadly, she had forgotten her own debilitation and the unforgiving pain it caused.  My heart was in pieces and my eyes in tears as she limped back to me, subdued and silently struggling with the pain.

Most of the day was spent indoors.  Sammy got a lot of petting, and a few last treats, including jelly beans from the boys’ Easter stash.  We shared stories of our favorite memories of Sam, and talked about her looks, her personality, her antics.  I took time out to dig the grave in a place we had picked out some 200 yards up the old pasture road and into the woods.  The spot was secluded, but looked East over an ancient stone wall, across the rolling hills to the Belknap Mountains.  It was hard work to dig the grave, particularly in the rocky soil, but the hard work helped to clear my mind and relieve the anxiety that had been building through the day.  I couldn’t help wondering, though, if it was big enough, or deep enough.  I had never buried a body before.

As the time approached, we each said good-bye to the bright light and unselfconscious wisdom behind Sammy’s brown eyes.  When our Vet came, the others retired upstairs.  He and I chatted a few minutes, and I gave Sammy a few last strokes.  Then he gently and quickly administered the shot.  She lay comfortably, contentedly in my arms.  I felt her quietly relax, and she began the deep sleep.  The Vet completed his final check and left.  I straightened the body on the blanket, and then went upstairs to bring the others down.  I was numb as I explained that Sammy was now dead, and then grief came in great and uncontrolled torrents to all of us.

In due course, we walked, with Sammy’s body wrapped in her blanket, to the grave.  We each shared a precious memory about Sammy and placed a flower in the grave.  The picture which came to me then, and comes back to me quite frequently still, is the sight of Sammy’s tail marking passage through our favorite field.  The field is gone.  Sammy is gone.  But the memory, and the binding relationship which underlies it, is still alive.

There are few events in our lives where we can say unequivocally – that was a moment of truth – I am a different person now.  One such event for me was Sammy’s death.  The four of us, each in our own way, but all of us living the event together, faced the truth as we cried over her dead body.  That truth is that our lives had been richer, but that something important is now missing.  Memories cannot and do not fill the void left by the loss of something so precious as the relationship with a loved one, be it human or animal.  And yet, in learning to live with that loss, if we are open to our emotions, to the deep understanding which the pain of loss can kindle, we may regain, or reaffirm, a belief, an understanding, that the universe is larger than what we see, that all things are connected, that relationships in life transcend time and space, that a spiritual realm exists which can be sensed within our heart, and that death is, in truth, not an ending but simply a marking point.

Finding the Meaning of Life

What began with epistemology must now end in teleology.  Without a purpose underlying the reality in which we live, pain, pleasure, sorrow, joy, love and compassion have no meaning.  Without such meaning, the relationships which connect our lives are not binding.   We are simply adrift in space and time.  Having loved Sammy, and having lived through her death, the meaning imparted to my life through the binding relationship I have shared with her is crystal clear.

We need to have faith in a reality beyond, not, as the skeptic or analyst would have it, because we are weak-willed, but because such a faith is a necessary ingredient to a full life.  Faith is a profound outgrowth of lived personal experience, internal feeling and reflection, and the activation of one’ own will. 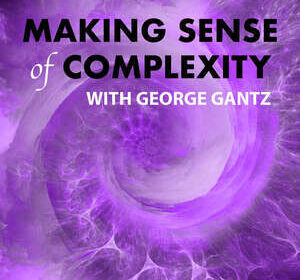 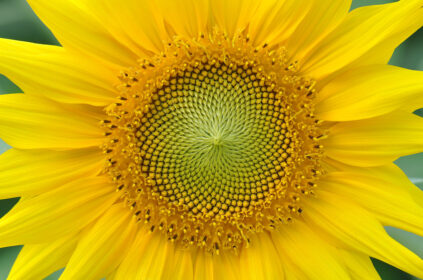 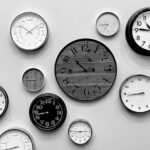 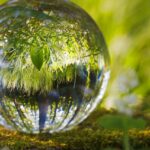