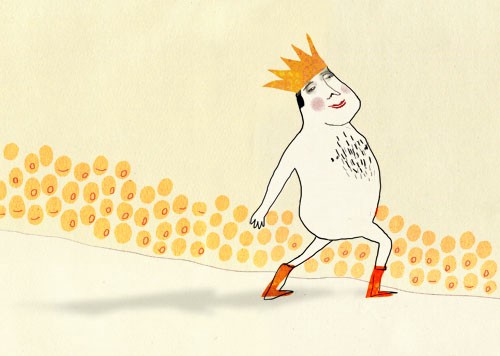 THE EMPERORS HAVE NO CLOTHES | PEP TALK

Too many world leaders today do not seem to care about telling the truth.  In this edition of PEP Talks, I suggest we call out the lies, like the child in the Hans Christian Andersen story who said, simply, “The emperor hasn’t got anything on!”  By telling the truth we can expose these leaders as the frauds they are, as the emperors who have no clothes.

This is the fifth in a series of PEP Talks for Promoting an Enduring Peace, each addressing a different topic in global peace and environmental sustainability:

The Emperors Have No Clothes:  AUDIO TRANSCRIPT

Hi, welcome to PEP Talk. My name is George Gantz. I’m a member of P-E-P, Promoting Enduring Peace.   Our motto is: Peace on Earth – Peace with Earth.

I love the fairy tale by Hans Christian Andersen about the Emperor who was so fond of new clothes that he spent all his money on being well dressed. In the story, the emperor, his noblemen and the entire city were all swindled into believing his birthday suit was the finest of magical clothing – visible only to those who were truly worthy. To admit that you couldn’t see the clothes was to admit your unworthiness. When an innocent child pointed out that the Emperor had no clothes, everyone finally admitted to the scandal – to the emperor’s ultimate embarrassment.

So, when an emperor, or any leader, starts believing the stories that people are feeding him (or that he is feeding himself), he (or she) will eventually be called out as a fraud. The truth eventually catches up – although, sadly, this can take a long time.

Now most leaders through history have worked hard to avoid that fate. They are careful to protect their reputations and their legacy. Some lead as honestly as they can to the very best of their abilities with little concern for reputation – President Harry Truman, for example, or the Czech leader Vaclav Havel. Others are more shrewd and secretive, very careful about what they say, using techniques like plausible deniability, or strategic disinformation. Machiavellian we might call them. Richard Nixon, perhaps? But it’s a rare leader – Hitler, or Caligula, maybe – who actually believes his own mythology. Or is it?

Consider Russian President Vladimir Putin – he denies that Russia doped its Olympic athletes, provoked unrest in the Ukraine, or meddled in the Brexit vote or the US elections – in spite of the evidence. His administration has also systematically but secretly enriched the President and those close to him– one source claims that Putin may now be the world’s richest man. It’s surprising that so many people, including Russians, seem to accept the lies. I wonder if he does?

There are African leaders such as King Mswati of Swaziland, the country with the world’s lowest life expectancy, and one of the highest HIV rates. He squanders his kingdom’s treasury to indulge his appetite for fine German automobiles, leisure trips around the world, and attractive women – while the country is going bankrupt.

There are others. Bashar Al-Assad in Syria is accused of war crimes against his own citizens in one of the most disastrous civil wars in history – 400,000 civilians dead; 5 million refuges, 6.3 million internally displaced, in a country with a total population of less than 20 million. Meanwhile, Assad, reportedly, has hidden assets worth more than a billion dollars in Russia, Hong Kong and elsewhere. But if you ask him, as 60 minutes did in 2015, he is the victim.

And of course, we have Kim Jong-un, supreme leader of North Korea – a country so destitute that nighttime satellite photos show a nation in utter darkness. Estimates suggest Kim spends almost one quarter of the nation’s entire $15Billion GDP on the military, half of which goes to his nuclear weapons program. He enjoys vast personal wealth estimated at $5 billion, while most of the population is desperately malnourished. Last spring, Kim threatened <quote> “to turn the US into a sea of fire,” and on New Year’s Day he reminded us <quote> “the nuclear button is always on my desk.” In his narrative, he’s a great leader and his country’s problems are entirely due to US aggression.

So, how about President Trump? Remember his inauguration? Crowd scientists estimated that the women’s protest march on January 21st was three times larger than the inauguration crowd the day before – and the photographs proved it. President Trump unleashed a bitter attack, accusing journalists of deliberately understating the size of his inauguration crowd, and calling it “fake news.” Blaming journalists and media for Fake News has become his consistent and relentless response to negative stories, no matter how valid they are – he paints himself as the victim. The same is true of his response to claims of Russian interference in the election. He has vigorously protested the investigations; instead claiming his former opponent colluded with Russia. As for North Korea, Trump responded to Kim’s threats with calls for <quote> “fire and fury like the world has never seen” and in a recent twitter rant claimed that his nuclear button was much bigger and more powerful than Kim’s.   Sadly, many people continue to support him politically, even though his statements are blatantly disrespectful to values that really have made America great: a free press, an independent judiciary, and equality for all under the rule of law.

All right, so this does sound a bit like the post-truth world that George Orwell described in his novel 1984. Facts don’t seem to matter. All of these leaders tell outrageous lies – and the more outrageous they are, the less it seems to matter, as if international politics has become the world’s biggest reality TV show.

So, when will the truth catch up to them? This is where we come in. What if we keep telling the truth, like the child in the Hans Christian Andersen story who said <quote> “The emperor hasn’t got anything on.” In the story, the townspeople people began to listen, not to the sycophants, the talking heads, or the deluded Emperor – but to the child. And they came to realize it is all a big lie.

Too many world leaders today do not seem to care about telling the truth. We need to call out the lies and the immorality of the emperors who rule under a cloak of falsity. Many journalists and writers are trying. In some cases, they are taking on the lies with steadfast courage in the face of serious threats – we need to back them up. On the other hand, some so-called news outlets and vested interests have taken the low road – buying into and propping up the lies. We should call these out, too, as well as the counter lies from opponents seeking to demonize rather than reform – lies have to be challenged no matter the source or the intent.

Other voices are also showing courage and speaking the truth – artists, musicians, comedians. In some parts of the world, places without a free press, an independent judiciary, and trust in the rule of law — these are the only voices able to speak truth to power. We need to support those voices.

In the story, it is the truth spoken by one child that eventually makes the difference. So perhaps we can all become as little children – clear-eyed, open-hearted, and innocent – free from guile and with simplicity of purpose – to tell the truth and to expose these leaders for the frauds they are. With our help, the truth will catch up to the emperors who have no clothes.

So let’s get busy:

Thanks for listening – Enjoy some truth today. 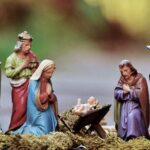 Previous Story
FINDING TRUTH IN A TUMULTUOUS WORLD | HOPE FOR 2018 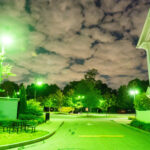 Next Story
THE ART OF STORYTELLING: EXPOSING THE UNDERBELLY OF THE ART OF FASHION | LONG NOW BOSTON