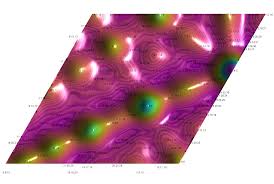 RE-RUNNING THE TAPE OF LIFE – EVOLUTION AND PURPOSE

Biologist Stephen J. Gould in 1989 (Wonderful Life: The Burgess Shale and the Nature of History) theorized that evolution is essentially random, and that if “the tape of life” for evolution were to be rerun, the end result would be entirely different.  New research is increasingly challenging that view.  Certain evolutionary outcomes have emerged more than once — and some appear to be inevitable.  These are not exceptions to the laws of nature, but essential outcomes of mathematical and environmental constraints.  Purpose seems to be deeply ingrained in the fabric of life.

Many biologists have presumed that variation by mutation, a key feature of the evolutionary process, is random, and that competitive selection pressure in the environment then picks the more successful options, which allows them to pass into the population in succeeding generations.   It is an easy story to tell.  As a consequence, many would agree with Stephen J. Gould, that IF evolution were to be re-run it would end up with very different outcomes.   Yet there are many examples that suggest this may not be the case. One is Kleiber’s Law, which I learned about at a lecture by Dr. Denis R. Alexander, noted biologist and the 2012 Gifford Lecturer.  He is also the author of many books and articles, including The Language of Genetics  (2011) and Creation or Evolution (2008)

Kleiber’s Law (1932) governs the apparent relationship between the size of an organism and its metabolism.  As the size goes up, metabolic speed goes down, limiting the maximum size of terrestrial species.  The relationship is in the form of a “power law”, a feature of complexity theory common to many complex dynamic systems.

Kleiber’s Law (defined by Max Kleiber in 1932) established a formula for the ratio between size and metabolism.  Initially, the measured result for this relationship was an exponent of 2/3. This seems to make sense, given that metabolism sustains the mass of an animal (which is three dimensional), while internal heat is dissipated through the skin (which is two dimensional).  The surface area of an object increases by roughly the square (exponent 2) of the size, while the mass of an object increases by roughly the cube (exponent 3).  More surface area, the consequence of the smaller size, helps metabolism go faster.  More mass, the consequence of the bigger size, places demands on metabolism and slows it down.  Hence the exponent of 2/3.

More accurate measurements, however, suggested that the relationship of size to metabolism was actually closer to an exponent of 3/4.    This was a mystery until 1997, when researchers realized that the limiting factor on metabolism for a larger animal is actually how to distribute nutrients to all of the tissues.  The circulatory system is a system of linear vessels, and these have to reach the entire three-dimensional space within the body.  Nature has devised a remarkably efficient way to do that – through the a branching fractal network of the circulatory system.  When you get done with the complicated mathematics of fractals and partial dimensionality, you end up with a calculated exponent for Kleiber’s Law of 3/4.

Kleiber’s Law highlights important constraints on how life can evolve.   The evolutionary process appears to be random, but mathematics drives the result along specific paths.   Nature’s solution to the management of nutrient distribution through circulatory systems in living systems is a common denominator for life. Kleiber’s Law is not random – it’s an inevitable outcome of evolution and would give the same result no matter how many times the “tape of life” was rerun.

Convergent Evolution – The Same Solution Over and Over Again

Convergent evolution is the name applied to specific features that appear to have evolved independently more than once.   Originally, biologists tended to assume that any particular function or feature such as eyes or fins evolved once through mutation and natural selection, and then were passed on as a successful adaptation to succeeding species that evolved from the first.   For example, since birds and bats both had wings, the expectation was that there would be a common evolutionary ancestor with wings.  However, this has proved not to be the case.  While bat and bird wings have an identical function, flight, they are quite different in their structure and origin.  Both evolutionary lines came up, independently, with a functionally identical solution.

The fact that the same physiological feature can evolve more than once may not seem to be a big surprise. However, it challenges the assumption that evolution is random.   If the “tape of life” were to be rerun, these same solutions would appear again.

Perhaps we will find, eventually, that the contingencies of evolutionary development on our planet inevitably led to sentient bipedal humanoids.  The human form may embody the very set of capacities and efficient functionalities necessary for the sustenance of an over-sized brain and deeply interconnected social networks.  These features enabled self-reflective consciousness, abstract reasoning and language — attributes that set humans apart from other animals.

Conclusion – Evolution and Religion are NOT at Odds

The initial reactions to Darwin’s theory of evolution were mixed, and some scientists were strongly opposed.  Surprisingly, many of the early proponents of Darwinian evolution were religious reformers, who found Darwinian evolution to be a compelling demonstration of divine purpose.  In the century and a half since, a quite different mythology has taken hold: Evolution often seems to be cited as a litmus test for scientific loyalty, while certain religious adherents maintain with equal ferocity that the theory of evolution is anathema.

The fact is that many noted biologists, including Dr. Alexander and Dr. Francis Collins, are quite firm in their religious beliefs.  In turn, many religious leaders, including Pope Francis and the Dalai Lama, are committed to scientific principles.   This just goes to show that the prevailing mythology about evolution and religion being in conflict is also completely unfounded.   Evolutionary theory and religious faith can be, and should be, complementary. Both contribute to increased understanding and appreciation for the complexity and beauty of creation.

A version of this article first appeared in The Forum on the Integration of Science and Spirituality and The Swedenborg Foundation. 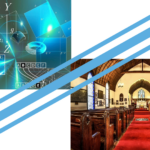 Previous Story
Progress Report on The Science and Religion Dialogue
→ 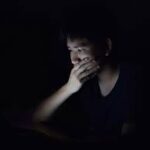 Next Story
IT’S TIME FOR HARD CONVERSATIONS ABOUT ETHICS